I love books.  I can’t get enough of books. I love the smell of the pages, the texture and weight of them. I have even been known to buy books based simply on the design of their covers.

And I am an avid reader, sometimes having more than one book on the go and usually picking a new one up just as I’ve taken a few moments to savor the ending of another. So, it should be no surprise that I am totally smitten with cookbooks.

Admittedly, I use to have a lot of trouble in the kitchen, usually cooking up whatever was convenient or easy or for things that you didn’t need to follow an extensive recipe for. But, as I began to experiment more, and had more than just me to feed, I began to get enticed to try new things and expand my cooking repertoire.

But really, if I’m truthful, I just like to look at the pictures.

So I was delighted when I got my hands on Sophie Dahl’s second cookbook, Very Fond of Food.  Sophie Dahl is actually an accomplished writer contributing to British Vogue and US Vogue and has published a novel. I have been intrigued to see just what a former model has to say in a cookbook of all things, and the theme of this book was in using natural sweeteners, less meat and lots of produce; all things that I like. Her first cookbook, Miss Dahl’s Voluptuous Delights was a Times bestseller and led to a popular cooking series, The Delicious Miss Dahl, so could this new one stand up to the first?

First off, contentment was realized with glorious pictures that span over two pages! And many of the recipes had photographs to accompany them, something that I crave when trying new recipes. And I read this book like a novel, beginning at the start and working my way through.  She writes about her life, her family and her adventures.  It’s not a typical cookbook in that it truly does feel personal, as if each recipe holds memories for her, and you are invited into her world for a bit with her anecdotes and stories.  At the beginning of each recipe she offers a little note on what inspired her or some interesting fact. Her writing style is a bit cheeky which I thoroughly enjoy and makes going through the book a treat. For that, I did really enjoy it.

The book is laid out in seasons, to utilize the produce that is more abundant at certain times of the year. But, it is very British in that some produce is not as readily available in North America, and certain parts of this continent have different growing seasons than that wonderful island.  While some recipes, like the Winter curry with saffron-cinnamon rice are extensive, most are rather simple and have minimal ingredients.  Others still, like making a simple syrup for fruit, or combining oats with fruit and honey are probably things that, even with my amateur taste buds and know-how,  could have stumbled upon making myself by just experimenting in my kitchen.

But, would I have? Taken the time to experiment that is? Probably not.  I appreciate that someone else has done the experimenting and mucking about, and while it may seem simple and easy, that’s usually what I look for in recipes.

Will I make some or most of the recipes in this book? Probably not. There are a few salads and fruit recipes that look really good but generally, unless you live in the U.K. or have a pantry stocked with items that include Argan oil, agave nectar or a spectrum of spices, you likely wouldn’t find anything specifically that you just have to make.

If you are having guests over, you may be tempted to try an interesting recipe as the emphasis is on good, clean eating and the flavours would surely delight your guests. Plus, with dinner parties, you are usually pressed for time, so some of the fruit and dessert recipes would be fabulous because you can be make them ahead of time or, because of their simplicity and ease, would take you less time to prepare and plate.

If anything, this book is fun to read, gorgeous to look through and great to have on your shelf when you need a little something different. The book is available at book stores and on amazon. 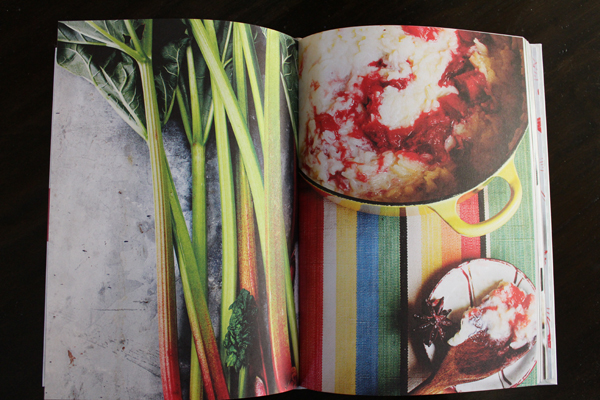 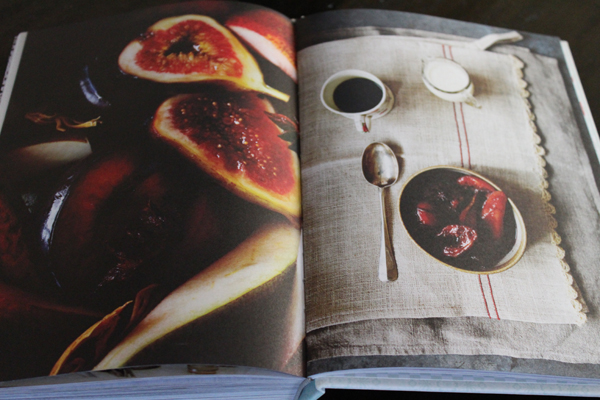 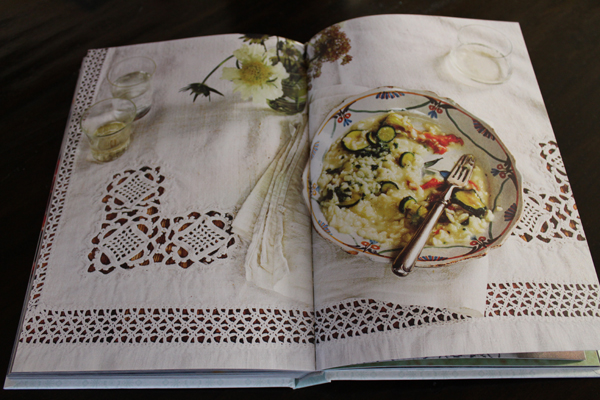 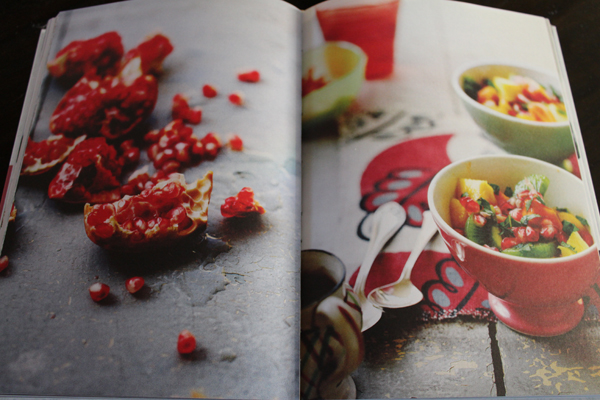 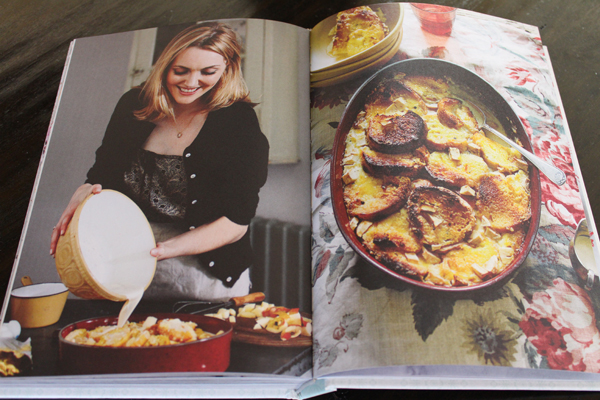