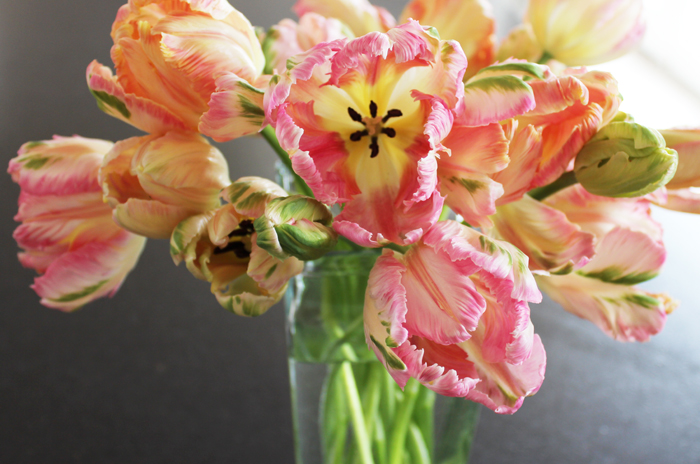 I’ll be honest. I’m a little obsessive. I like to be detailed oriented. And I’m a bit of a perfectionist.

These aren’t necessarily good qualities when mixed all up together but I try to balance them out by being fair, open-minded and collaborative.

I believe strongly in collecting input from others and working cohesively in a group where everyone does their specialty the best they can.

I’m not a micro-manager because I believe that the people I work with obviously know their area of expertise better than me or else I wouldn’t be working with them.

But, when it’s my stuff, my responsibilities, my tasks…I can be down right finicky.

And while I’m able to manage this persuasion I realized that I just spend too much time on the little things and that quick, educated and confident decisions should be part of my regimen.

The only issue with this, is that I have had to teach myself to just let go. My need for perfection is rarely noticed by others (seriously, no one cares that I wanted to use that other crystal more than this one!), so the minute details should be thought of but not obsessed over.

It takes a lot for me to do this.

I was challenged recently when something actually did go wrong.

Now, I have learned a ton along the way, and made my fair share of mistakes. But, in the event world, one mistake can be catastrophic so I’ve learned to never make the same mistake twice. I’ve been fortunate that my obsessiveness has helped ensure that only little mistakes have happened, usually mistakes that annoyed a certain person, but were easily manageable.

But, I found myself making a rookie mistake and it was a needed reminder that no matter how entrenched in our careers we are, we’re capable of getting something wrong.

I found the perfect invitations online that had a good balance between elegance but not too formal. It fit my intended theme of soft grey paired with cream and hints of pink. And the paper had a nice shimmer to it to just take it up a notch.

I filled everything in, selected my colour and waiting anxiously for the invites that would help set the tone for my party.

The small, tightly packed delivery arrived and I could barely contain myself from ripping it open (I have a very deep appreciation and love of all things stationary).

I gingerly opened the packed and carefully removed the beautiful invite that…..

The text was the wrong colour.

I almost sent myself in a tailspin. My carefully selected invite, that, I was absolutely certain, totally positive, that I had selected in the pale grey font colour before hitting “pay now”, was in fact a very obvious…….

But, this didn’t work with my colour theme. And I know I would never make this mistake. They must have printed it wrong. I couldn’t possibly have chosen that.

But, it was very obvious that I had.

Here’s where the new mantra of letting the small things go really came in handy. In a rational tone I asked myself if anyone else would really examine the colour and scrutinize as I do? Would anyone be sitting around thinking “you know, this really is a beautiful invite, but I feel the certain shade of chocolate brown really doesn’t engage the right feeling as, say, a pale grey bordering on silver really would?” Would anyone really give it any thought?

So, as I sat contemplating a total re-do, I noticed how the font colour almost took on a bronze look. I thought that the colour maybe added a bit of interest to the otherwise understated invite. And I just Let. It. Go.

With party planning and doing events, things will go wrong. It is impossible to trouble shoot every single situation and the key to pulling off an excellent party is to know how to roll with things.  The more thought out and detailed you are in your planning, the easier it will be to adjust should a mistake happen or something not go to plan.

So, I’m rolling with it. And I know, I will never, ever, make this mistake again.

By trixandtrumpet in Events Posted November 18, 2014

Tips on Selecting the Right Linens for your Party

When in Doubt, Go Back to What Works

By trixandtrumpet in Events Posted December 11, 2013