So, I post quite a few recipes because I think good food and good drinks are essential to the success of any party. Many probably believe that I just search, find and post things that I think are interesting but that I don’t actually try them myself. This totally isn’t the case. I do try most of the recipes I post, though usually as experiments for myself and not specifically for a party (but if I can do it, I proudly serve!).

I don’t really review my culinary trials and successes because, well, this isn’t really a food blog and I don’t want to embarrass myself with the shear number of times I have to try something to perfect it. But, when I posted this particular recipe for a Raspberry Mousse Pie I eluded that I would be making it myself that very weekend. Well, since I did actually make it, I thought it would be appropriate to share my thoughts.

Admittedly, I posted the recipe as something that I thought would be a fun weekend treat to try and looked relatively simple to make. I thought it would be a great dessert for a dinner party or to put out on a buffet table because you could make it ahead of time and then slice into symmetrical squares (I do love symmetry). But, when I attempted it myself, I realized that it wasn’t as “simple” as I had originally thought.

So, check out the original recipe here, then come on back for my up-to-date version.

I have enjoyed baking since I was a teenager and I can make one mean chocolate chip cookie, but my repertoire is fairly limited. I tend to purchase desserts and serve but this year I decided that no, I can be a culinary pastry wizard and impress my guests with fantastic desserts. This is one of my forays into that challenge. This recipe is very basic with relatively few ingredients however, the process wasn’t totally seamless. More soft ripples, bubbles even. After five minutes of whipping, the results were less than stellar so, because I had already committed to the other tedious raspberry task, I needed to keep going, and headed out to get the 35% whipping cream.

I mixed it all together and here’s the final look. A little pale in colour but not bad. Here’s a side-by-side of the original on the left and mine on the right. It could pass right? Okay, so it’s not as pretty, or as pink as I was hoping but isn’t the true test in the flavour? Any visual lacking is always overlooked if the taste is incredible. So, with fork poised, I dove in.

I’ll need another taste, just to be sure. Okay, maybe just another forkful to make absolutely positive it’s good. Yup, it’s good. Delicious in fact. Even Vicki, my muffin baking, dessert expert mom said it was, and take note here, “the best dessert I’ve had all year, maybe ever”.

With that kind of endorsement, I would definitely make this again. And I do believe that, after having tried it, it is a great dessert for a dinner party or get together. The whole process is likely to be much smoother now that I know how to do everything and with the slight modifications I noted above, you’ll have success too.

So, go forth and do this one. And I challenge you to stop at just one bite. It really is that good. 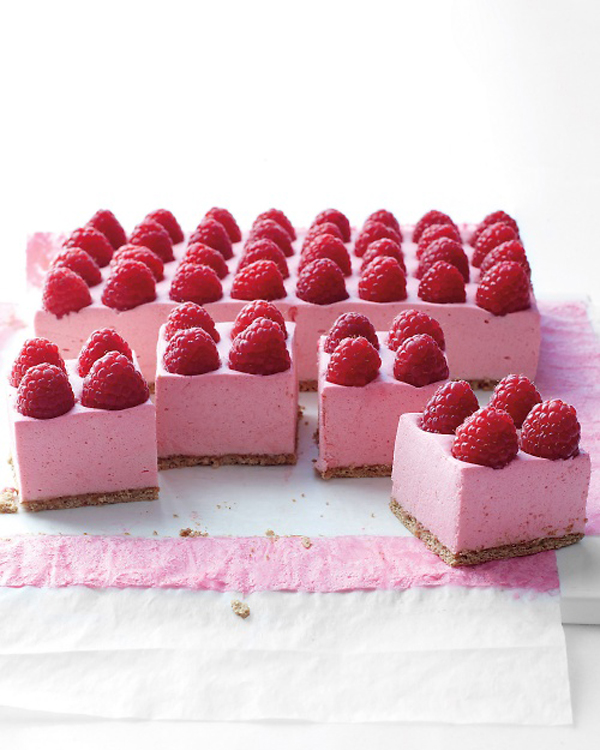 It has been awhile since I posted a good recipe and this one looks just divine. I love weekend baking, you can take your time and experiment, and then savour
READ MORE